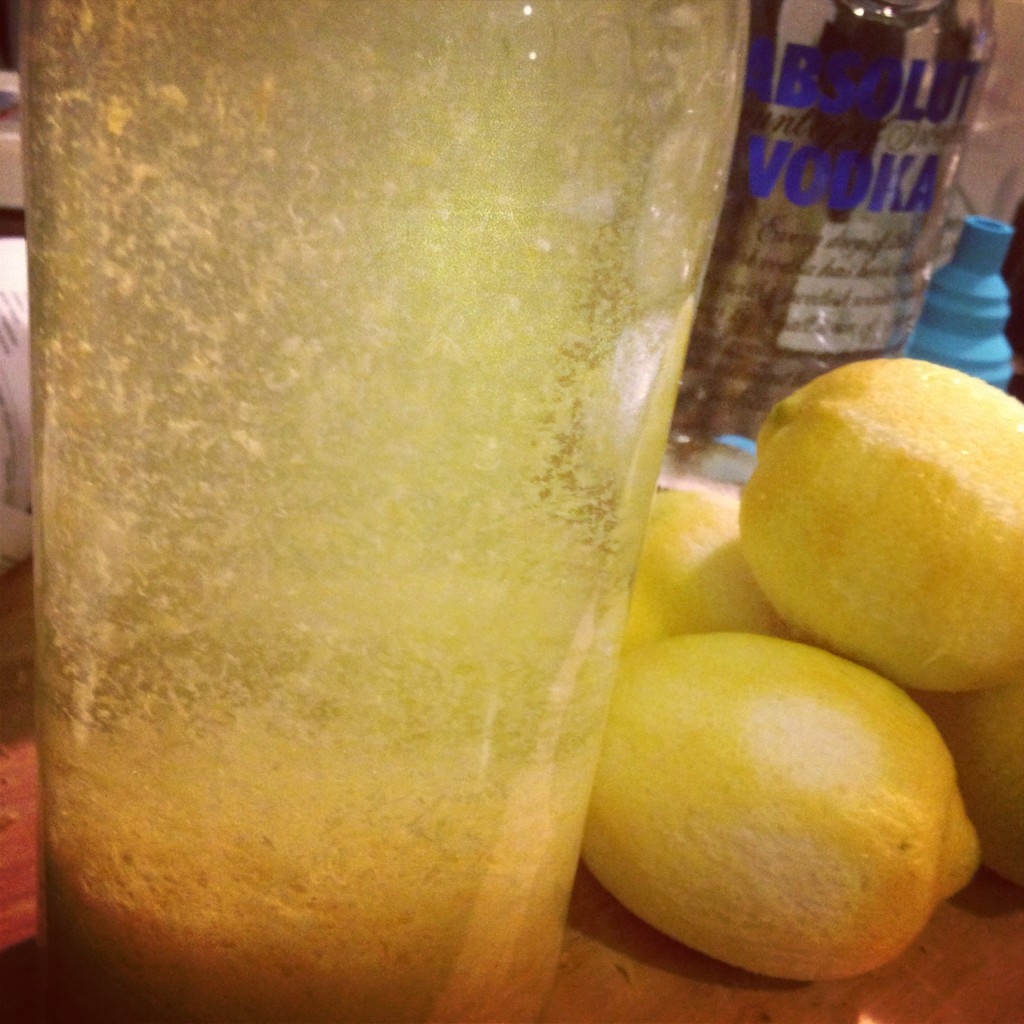 It’s Christmas time! My second favourite time of the year to Chinese New Year mostly because of all the special food you get to make and eat. I’m about to churn out a lot of goodies for several parties and here’s just one thing on the menu which is dead easy to make in advance. What a beautiful alcoholic lemony snow globe.

Decant the vodka into a large container or bottle. Zest the lemons and mix the zest into the vodka.

Use a funnel and get the sugar into the vodka. Leave for a week while turning and mixing it up occasionally. After a week, sieve off the zest and decant your limoncello back into bottles. It’s at this point you can add the water if the mixture is too thick. Finally add a twirl of lemon zest as decoration. This will only get better with age and I’m meant to leave it for another week. But by golly it’s already so damn tasty, I don’t know how to resist!