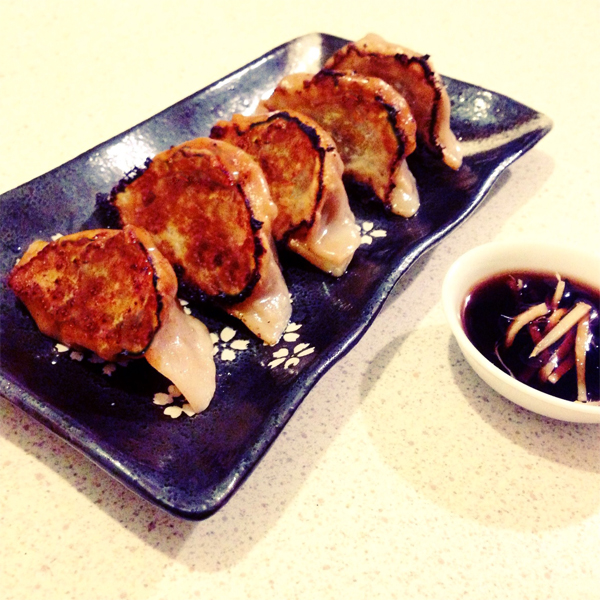 Right! Here we go. The quintessential dumpling post that any Chinese person worth their salt needs to have up their sleeves.

These were made on the day of Chinese new year, and thank goodness for my friends helping to wrap! The meat and veg are easily interchangeable, be it pork, chicken or even lamb, with some sort of leafy cabbagey veg (pak choi, Chinese leaf, cabbage). I’ve gone for the absolute staple combo of pork and pak choi.

The wrapping technique I’ll be showing you here isn’t actually my preferred technique, but it’s your ‘this is what a dumpling looks like’ so it’ll be nice to start there before we advance to other styles right? I can actually make the wraps for this, but for the purposes of simplicity get yourself some wraps from your local Chinese supermarket. I’m also teaching you the Chinese style of pot stickers, not the Japanese ones. Which, to be fair is only really a difference in dumpling skin thickness. The nice thing about the Chinese thicker wraps is that they’re a bit more forgiving with the wrapping and can be boiled vigorously for a delicious water/soup variety of dumplings (水餃). The following makes around 30.

Finely chop all your veg. Get everything (bar your dumpling skins obviously) into a mixing bowl and mix and squeeze everything with your hands. No messing about with a spoon or whatever. It’s quite hard to give you guys ‘proper’ veg weights as I like to eye ball my proportions. But basically you want a meat to veg ratio of around 60:40. The more veg the better I think, but you want there to be enough meat to bind it all together. Mix with your hands for around 5 minutes.

Ready to wrap? Get a shallow bowl of water and a tray dusted with rice flour ready. Let’s go: 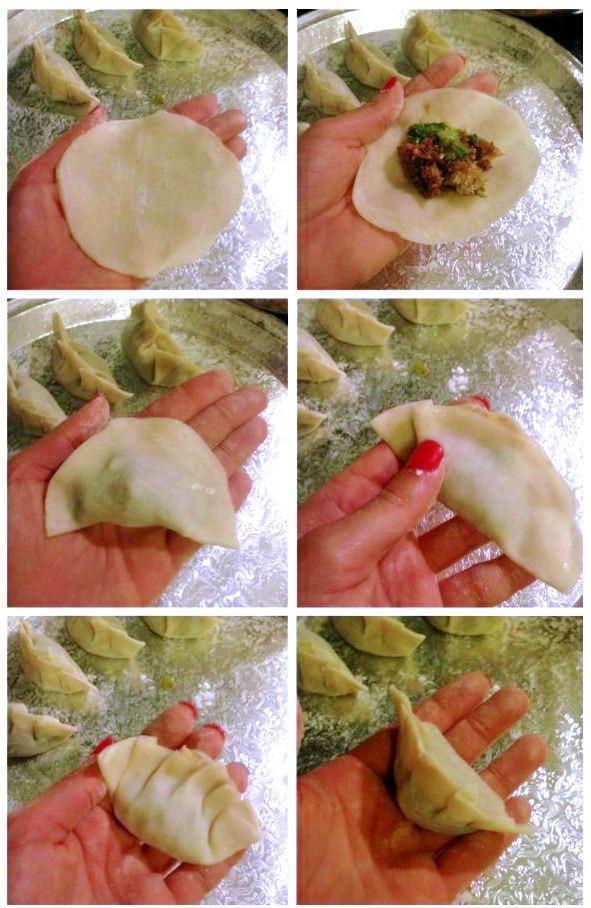 1. Place a wrap flat on your hand.

2. Add about 1 tablespoon of mix in the centre.

3. Dip your finger into the water and make a ring all the way around the edge for your seal. Fold in half. Seal it and make sure there are no air bubbles.

6. Take your dumpling by the pleats and gently press it onto your work top to form that flat base and curve it so it looks more crescent like. Yay! Dumplings.

So now that you’ve got all your dumplings, let’s turn them into delicious pot stickers. I hope you have a really decent non-stick frying pan with a lid, because you’ll need that lid to steam. The key to these is to NOT TOUCH THEM. I can’t emphasise that enough. Just trust that they are cooking okay? You can only move them when they are cooked and have a firm enough base to move. They aren’t called pot stickers for nothing.

Heat at medium high, frying pan on. When at heat, add a tablespoon of vegetable oil (corn or rapeseed good) and evenly coat the base. When the oil is nice and hot, add some dumplings. Space them out a bit they’ll expand, I also like to add them in a clockwise array just so I know which ones have been taking the heat longest. Now you’ll want to not touch these and let the bases take on a bit of colour, maybe 3-5 minutes? Now add enough water so that there’s a centimetre of liquid in the pan. Lid on. Heat up. Bring that liquid to a boil to create a load of steam. Steam for around five minutes.

At this point the water is evaporating out of the pan or you’ll need to take the lid off to evaporate the rest of the water away. Once the water is almost all evaporated, take a wooden chopstick or skewer and carefully run it around each dumpling to remove any access gloopy flour. Turn the heat down to medium high again (or even medium if that’s too scary) and get those bases crunchy. Another 2-5 minutes perhaps. At around this stage I like to give my pan a bit of a shake to loosen them up. Carefully lift to see what their colouring is like, you want nice and golden brown, not burnt. Keep frying them until they’re nice and crisp.

Serve up! I like having these with some Chinese black vinegar and freshly sliced ginger, but a huge jar of chilli is never too far away. If you have any spare, place them separately on a lightly floured tray in the freezer until solid. Then pack them all up in a bag. Nothing nicer than a lazy evening when you suddenly remember you have a few of these bad boys ready to go. If you’re cooking from frozen you can follow the above instructions, just have them on the first fry time a bit longer. 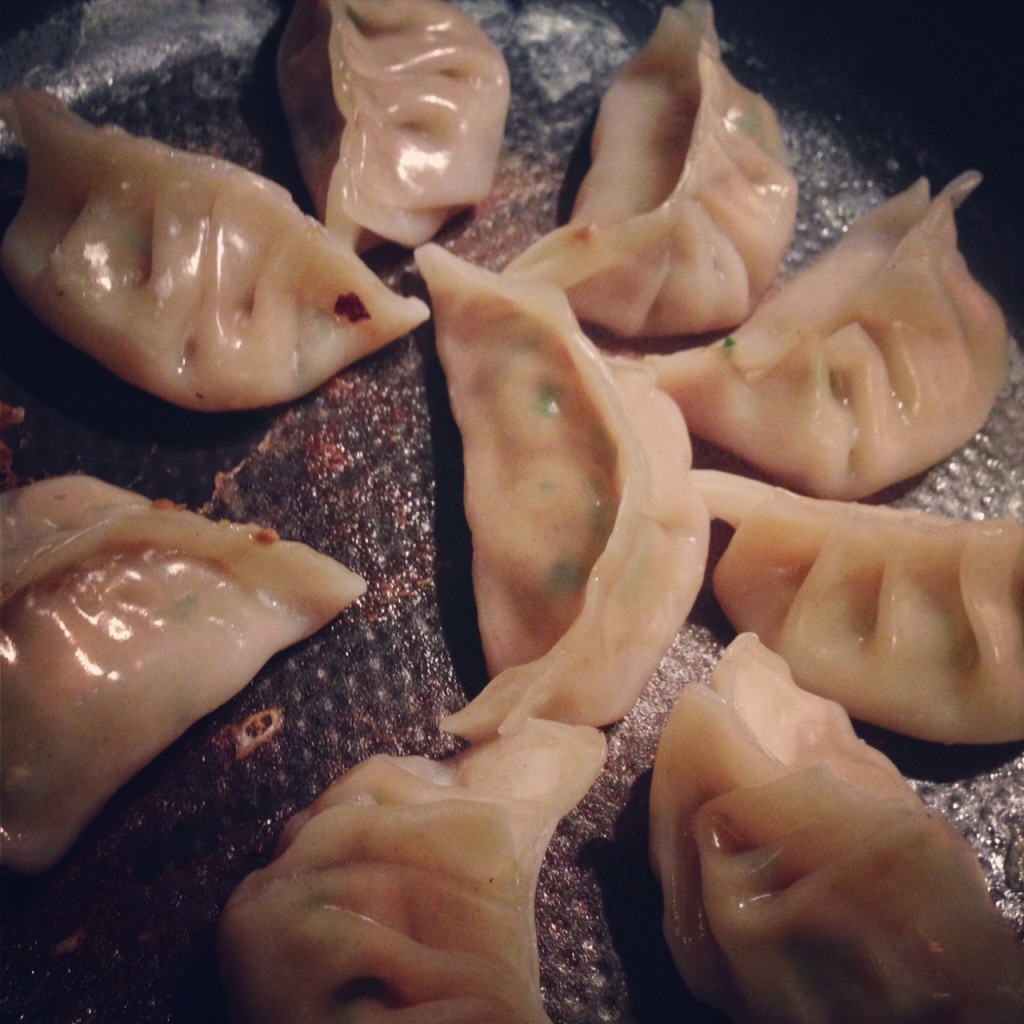