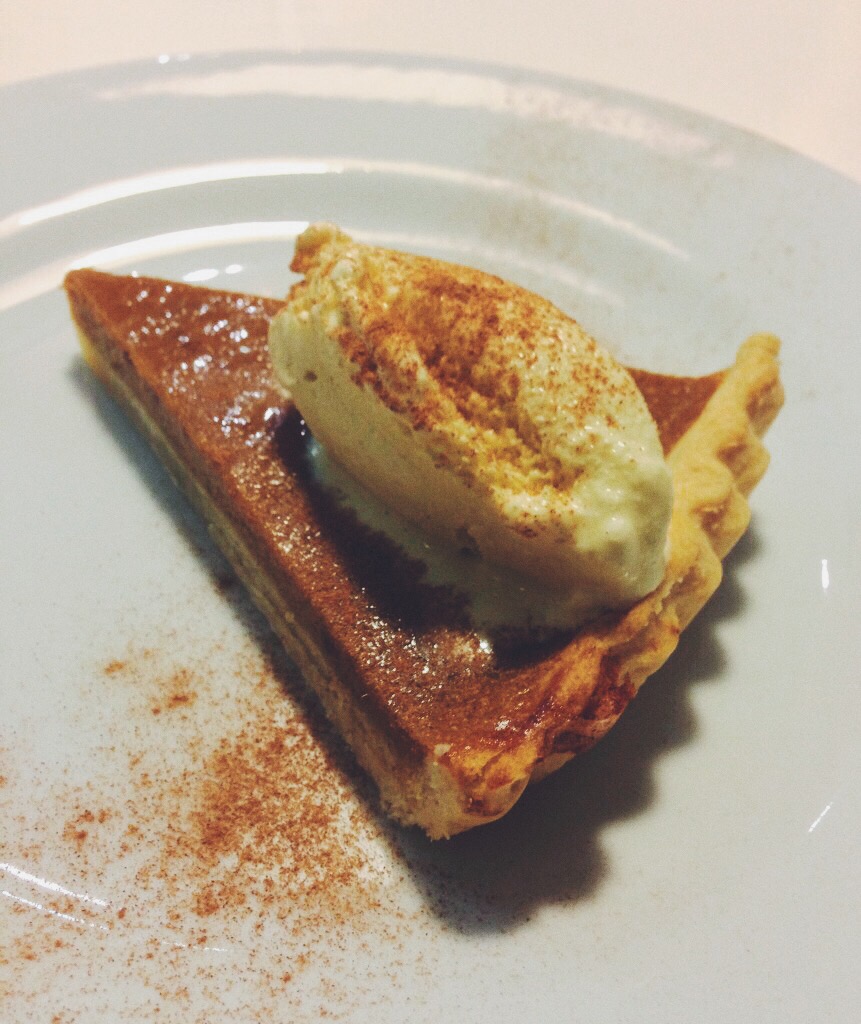 Last year, a friend of mine decided to host a Thanksgiving dinner. But as the task was a bit vast a pot luck dinner was agreed where each guest would focus on one element of the meal. It was a great success. This year Thanksgiving Potluck was had again, and it’s looking like a pretty nice tradition being established. Good food, good friends, and a moment to be thankful for the past year.

Last Thanksgiving I made a pumpkin pie. It was latticed, yummy but too massive for a comfortable after dinner treat. So this year, I used a different recipe and tried to focus on dainty.

The first thing you want to do is make the pie crust:

Flour, salt and butter in an electric mixer with a paddle attachment. Beat at a low speed until they’re all combined and  you get a sandy consistency. Add a tablespoon of water and start to increase the mixing speed. When well mixed, add another tablespoon of water. You want to get a smooth even dough, but you don’t want to add too much water. It’s better to be patient and wait while that paddle it going round super quick to bring that dough together. Wrap in cling film. Rest in the fridge for at least an hour.

Lightly flour a work surface and roll that dough out and line your pie dish. Put some greaseproof paper on and fill with those baking beans. Partially blind bake this for 10 minutes. It should be a bit raw still. Keep that oven at 170°C and make that pie filling.

In a large enough bowl, thoroughly mix up all these ingredients and pour them through a sieve into you’re slightly raw pie crust. I know, I know. I’m using tinned pumpkin puree…oooh…contentious. But you know what? I actually think it tastes nicer than prepping all that pumpkin myself. I usually like doing everything from scratch, but you get less of that green/fresh vegetable taste and I’m not keen on that in my desserts. Bake for  30-40 minutes, or until the filling has set and has lost that wobble when you shake it. Serve it with some ice cream or cream. Hope you all had a happy Thanksgiving. 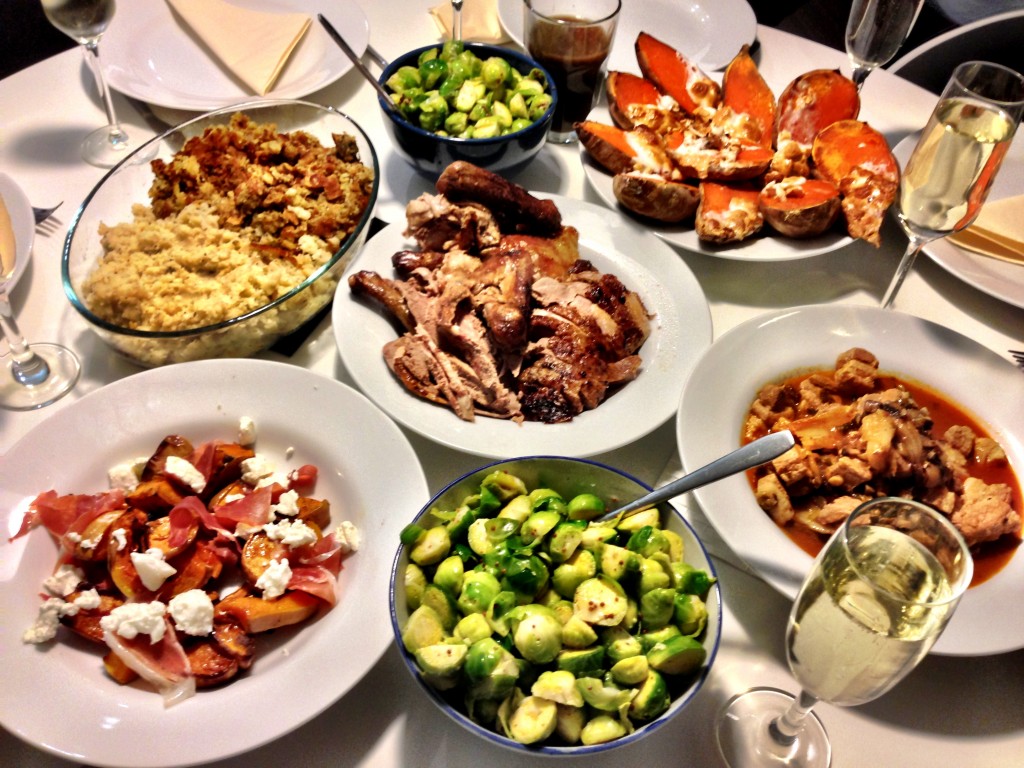